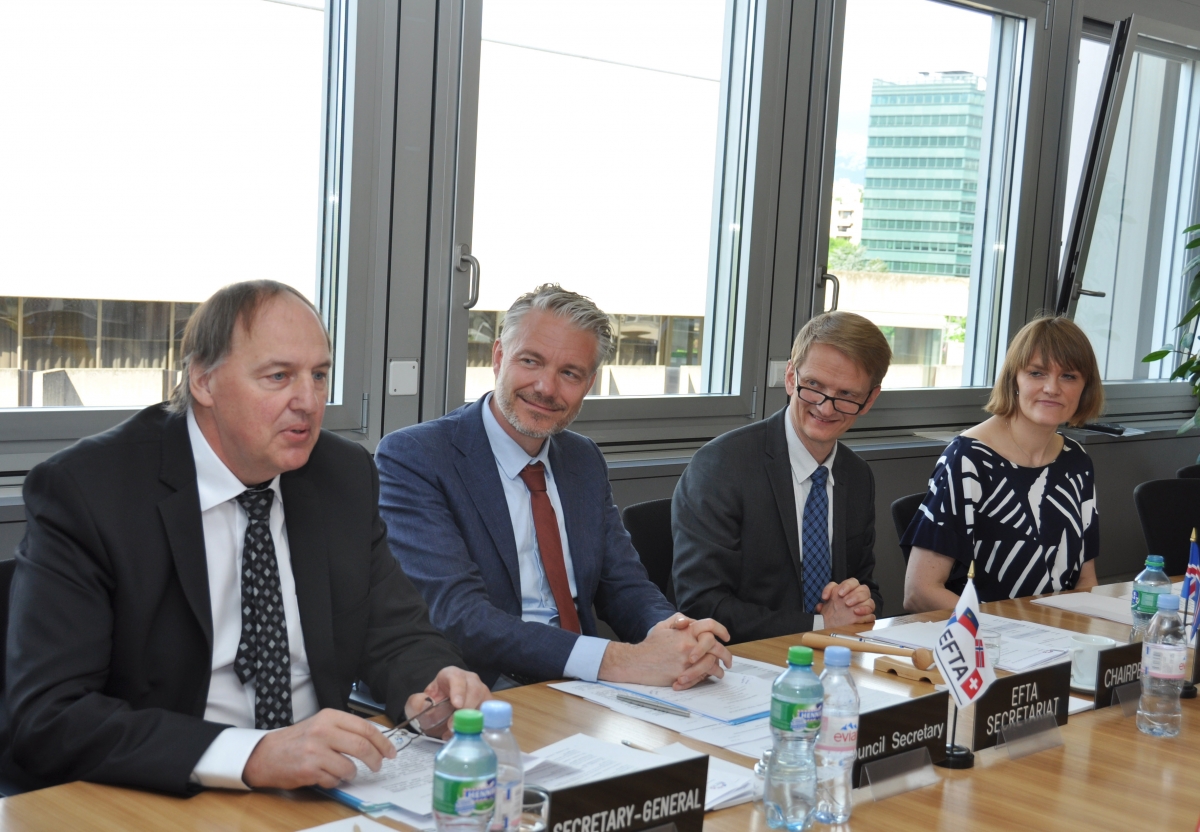 Secretary-General Kristinn F. Árnason and Secretary to the Council Adalsteinn Leifsson from EFTA with Ambassador Harald Aspelund who chaired the EFTA Council meeting in Geneva.
Ongoing free trade negotiations and preparations for the upcoming Ministerial meeting were high on the agenda of the third meeting of the EFTA Council in 2018 in Geneva today.
EFTA is currently negotiating free trade agreements (FTAs) with five different countries as well as with Mercosur (Argentina, Brazil, Paraguay and Uruguay). In addition, EFTA is actively exploring the possibilities of modernizing some current FTAs.
The EFTA Council meets eight times per year represented by ambassadors and twice annually represented by ministers. The next Ministerial meeting will take place in Iceland in June.
In the Council meetings, the delegations consult with one another, negotiate and decide on policy issues regarding EFTA. Each Member State is represented and decisions are taken by consensus.
The Council discusses substantive matters, especially relating to the development of EFTA relations with third countries and the management of free trade agreements, and keeps under general review relations with the EU third-country policy and administration. It has a broad mandate to consider possible policies to promote the overall objectives of the Association and to facilitate the development of links with other states, unions of states or international organisations. The Council also manages relations between the EFTA States under the EFTA Convention. Questions relating to the EEA are dealt with by the Standing Committee in Brussels.
Here you can find a list of Council Decisions amending the EFTA Convention since 2001.
Share this
Email Facebook Twitter Google Plus LinkedIn