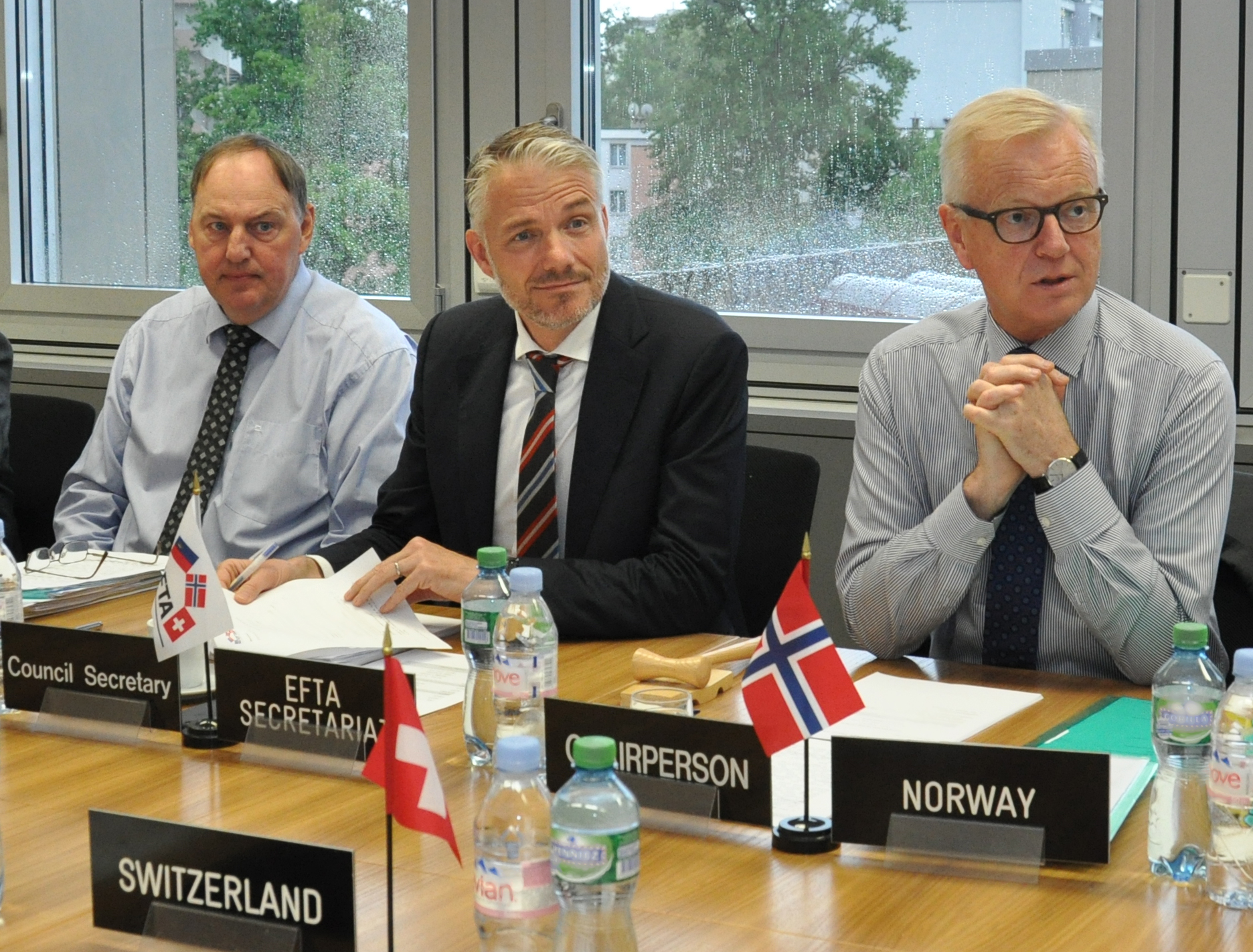 From left: Kristinn F. Árnason, Secretary-General, EFTA; Adalsteinn Leifsson, Director, Secretary-General's Office, EFTA; Harald Neple, Ambassador and Permanent Representative to the WTO and EFTA in Geneva
On 19 May, at its third meeting of 2017 under the chairmanship of Norway, the EFTA Council discussed ongoing free trade negotiations, the upcoming Ministerial meeting in Svalbard and the recent EEA Council meeting, among other topics.

EFTA has a very busy schedule of free trade negotiations, with six processes regarding new free trade agreements (FTAs) running simultaneously, in addition to discussions and negotiations on the development and expansion of existing FTAs. The Council discussed recent third-country activities, including the 14th round of free trade negotiations with Vietnam and the 12th round of negotiations towards a Comprehensive Economic Partnership Agreement with Indonesia, as well as meetings with delegations from the Gulf Cooperation Council, India, Nigeria, Turkey and Ukraine.

Third-country relations will be high on the agenda of the EFTA Ministerial meeting in Longyearbyen in late June, where Ministers will use the opportunity to discuss current political and trade-related developments, including Brexit, not only among themselves but also with the EFTA Parliamentary and Consultative Committees.

EFTA Secretary-General, Kristinn F. Árnason, reported on the EEA Council meeting of 16 May, at which Ministers from the EEA EFTA States had met with Michel Barnier, the EU’s Chief Negotiator for Brexit. Mr Barnier had assured the Ministers that the
EEA EFTA States would be kept informed and consulted during the negotiations between the EU27 and the UK, and that the EU was aware of the special position of the EEA EFTA States and the particular challenges that Brexit would pose for the EEA Agreement.

The next EFTA Council meeting is scheduled for 15 June 2017.