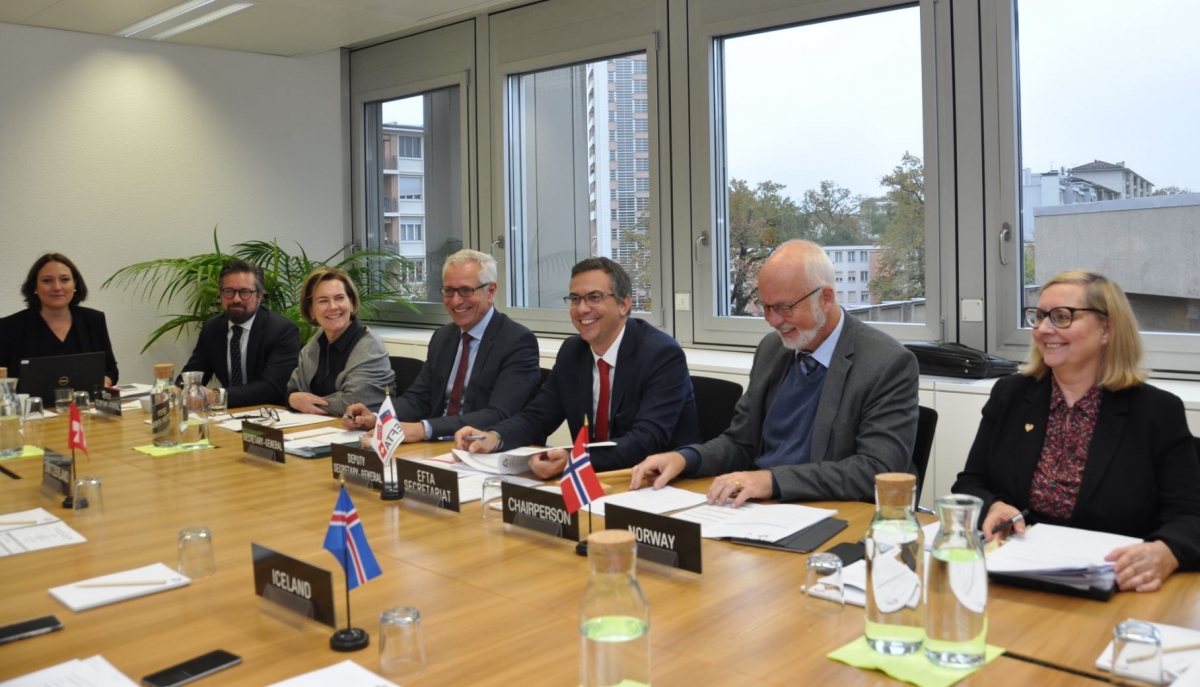 The EFTA Council met in EFTA headquarters in Geneva.
On 14 November, the EFTA Council met for the eighth time in 2019. During the meeting under Norwegian chairmanship, the delegates discussed work with regard to trade relations with third countries and among EFTA States.

Delegations most notably discussed the follow-up of the fourth meeting of the Committee on Third- Country Relations (TCC) and the Trade Policy Dialogue with the United States. They also covered the upcoming meeting of the Ministerial Chair and the advisory bodies and considered the commitment to further explore liberalisation of trade in agriculture products among the EFTA States. Furthermore, delegations authorised the Secretary-General to sign an Administrative Arrangement (AA) with Eurostat on technical cooperation in the field of statistics from 2020 to 2022.

The EFTA Council is the highest governing body of EFTA. The Council usually meets eight times a year at ambassadorial level (Heads of Permanent Delegations to EFTA) and from now on once a year at ministerial level. In the Council meetings, the delegations consult with one another, negotiate and decide upon policy issues regarding EFTA. Each Member State is represented, and decisions are reached through consensus. Conclusions from the EFTA Council are publicly available on the EFTA Register.