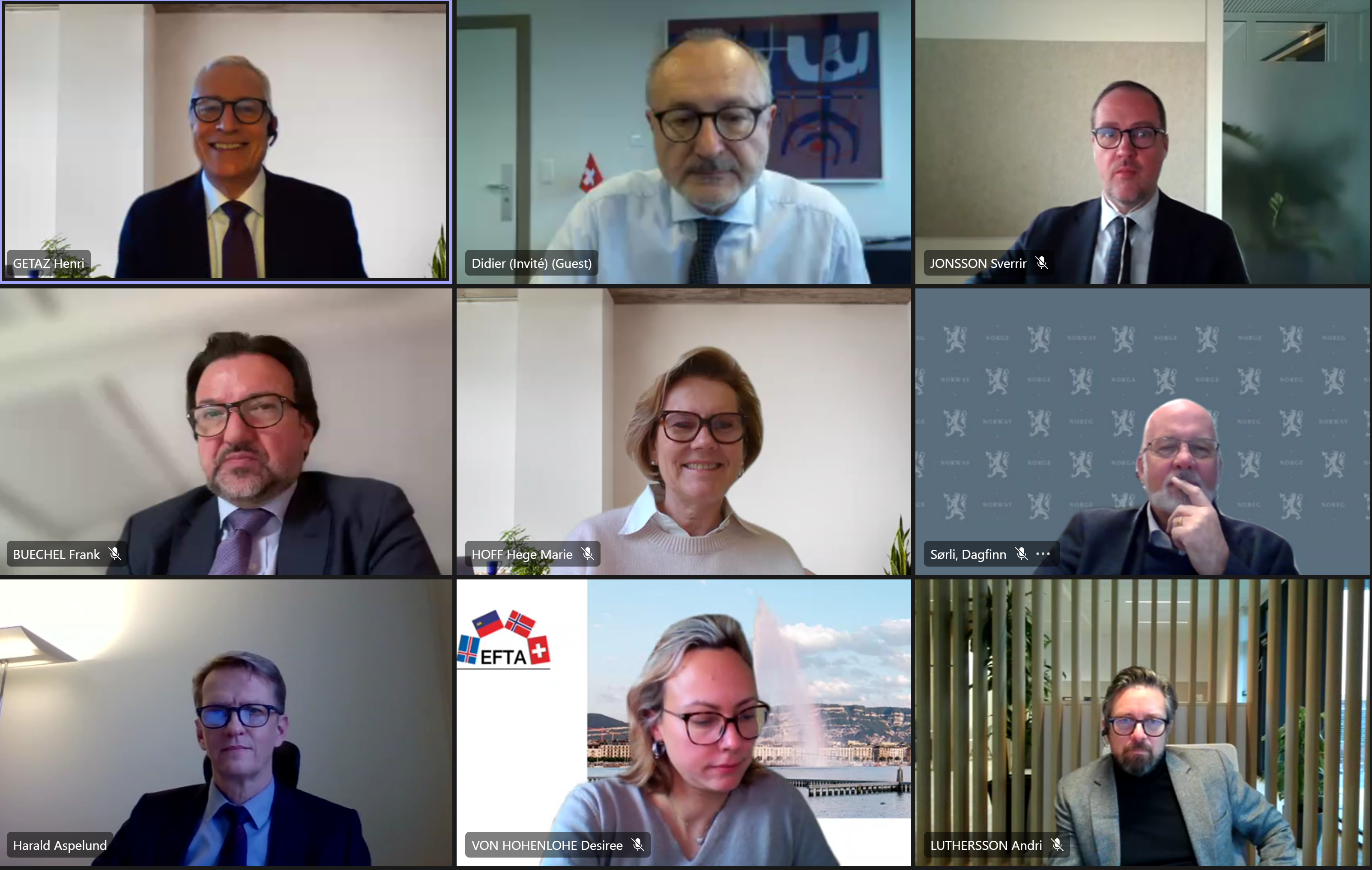 On 13 December, delegates met via videoconference for the last Council meeting of 2021.

On 13 December, delegates met via videoconference for the last Council meeting of 2021.

Taking note of the report and recommendations of the EFTA Budget Committee, which had met on 19 November and 6 December, the Council adopted the EFTA budget of CHF 23.3 million for 2022. The following cost sharing between the Member States was approved: Iceland 4.94%, Liechtenstein 1.09%, Norway 48.66%, and Switzerland 45.30%. The budget is presented maintaining the principle of zero growth in real terms for the overall budget.

Delegates approved an action grant agreement between EFTA and the European Committee for Standardization (CEN).

Mr Hinrik Þór Harðarson was appointed as the Icelandic member of the EFTA Board of Auditors ‘at four’.

Delegates also discussed ongoing processes with third countries such as those with the Gulf Cooperation Council (GCC), where a Joint Committee meeting was being prepared, and Thailand, where preparations before the launch of negotiations are taking place.

The Secretary-General reported to the Council on the useful trade policy dialogue between EFTA and the US.

The Council furthermore received information on EEA activities, including the EEA Council, which had taken place in Brussels on 24 November. On the same day, the Foreign Minister of Norway and the Ambassadors of Iceland and Liechtenstein also met with the EFTA advisory bodies. On 23 November, the EFTA Ministerial Chair had met with the EFTA Parliamentary Committee and the Consultative Committee on third-country trade matters.

The next Council meeting is scheduled for Tuesday, 1 February 2022.