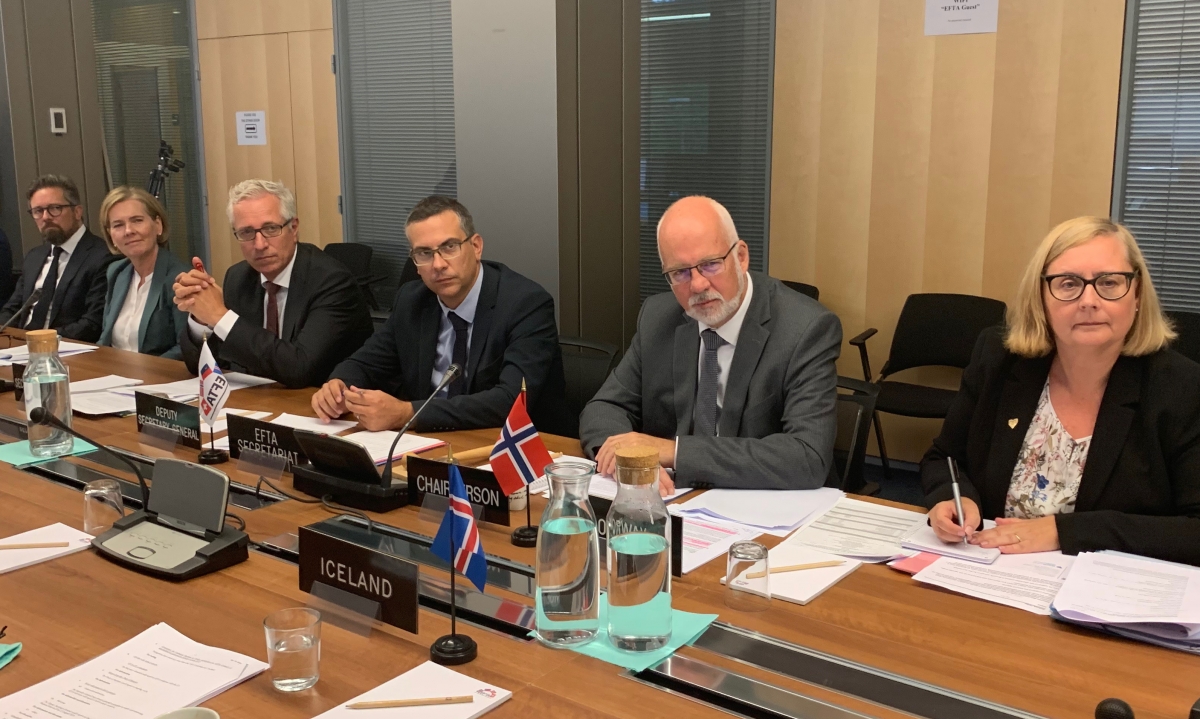 Delegations most notably discussed the progress made on the latest and final round of negotiations with Mercosur which allowed the Parties to conclude the negotiations in substance in all areas. Furthermore, the Council formally adopted a decision to transform the previous six-month rotation for chairmanship into a one-year EFTA Council Chairmanship, as decided by Ministers during the Ministerial meeting on 24 June. The one-year Chairmanship will take effect as of 1 July 2020.

The EFTA Council is the highest governing body of EFTA. The Council usually meets eight times a year at ambassadorial level (Heads of Permanent Delegations to EFTA) and from now on once a year at ministerial level. In the Council meetings, the delegations consult with one another, negotiate and decide upon policy issues regarding EFTA. Each Member State is represented and decisions are reached through consensus. Conclusions from the EFTA Council are publicly available on the EFTA Register.