EFTA Council adopts the budget for 2020 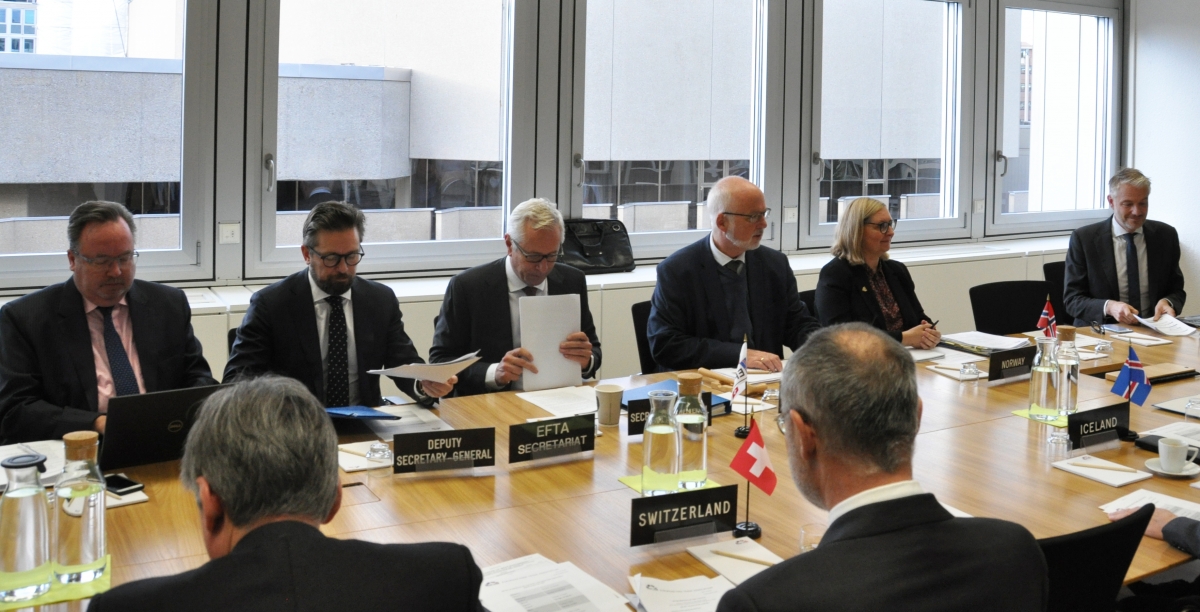 The EFTA Council is chaired by Norway in the second half of 2019.
On 12 December, the ninth and last Council meeting of the year under the Norwegian chairmanship took place in Geneva. Switzerland will take over the rotating EFTA Chair in the first half of 2020.

During the meeting, the Council adopted the EFTA budget for 2020, which amounts to approximately CHF 23.7 million. The EFTA Secretariat has operated under a “zero growth” principle for a number of years. Delegates discussed the new building project in Brussels. Members of the Council also reviewed the recent meeting between the EFTA Ministerial Chair and the advisory bodies. They discussed work with regard to third countries, notably Mercosur, India and Vietnam.

The EFTA Council is the highest governing body of EFTA. The Council usually meets eight times a year at ambassadorial level (Heads of Permanent Delegations to EFTA) and twice a year at ministerial level. In the Council meetings, the delegations consult with one another, negotiate and decide upon policy issues regarding EFTA. Each Member State is represented and decisions are reached through consensus. Conclusions from the EFTA Council are publicly available on the EFTA Register.