EFTA Council adopts the budget for 2019 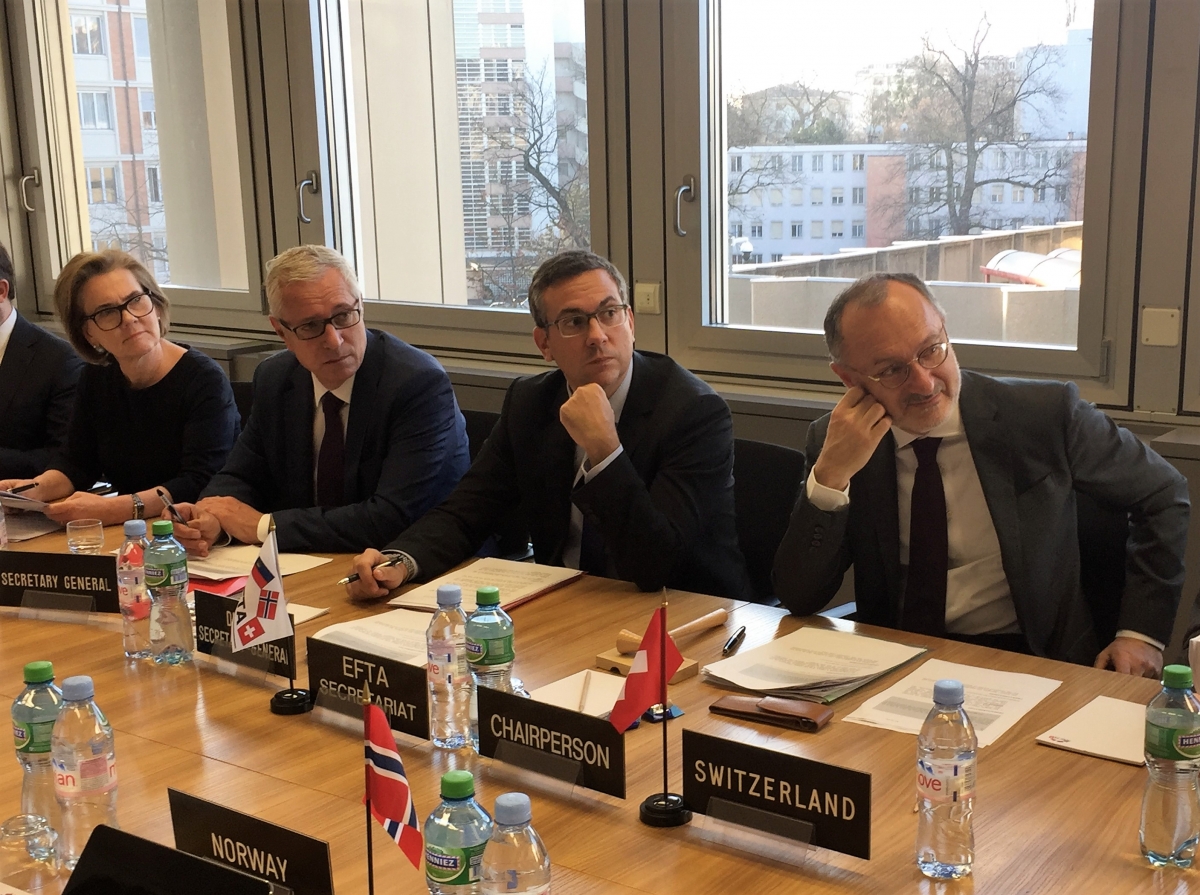 During the meeting, the Council adopted the EFTA budget for 2019, which amounts to approximately CHF 23.8 million. The EFTA Secretariat has operated under a “zero growth” principle for a number of years. Members of the Council also reviewed the recent winter Ministerial meeting and discussed work with regard to expanding and developing the EFTA network of Free Trade Agreements, notably with Mercosur, Indonesia and India.

The EFTA Council is the highest governing body of EFTA. The Council usually meets eight times a year at ambassadorial level (Heads of Permanent Delegations to EFTA) and twice a year at ministerial level. In the Council meetings, the delegations consult with one another, negotiate and decide upon policy issues regarding EFTA. Each Member State is represented and decisions are reached through consensus.