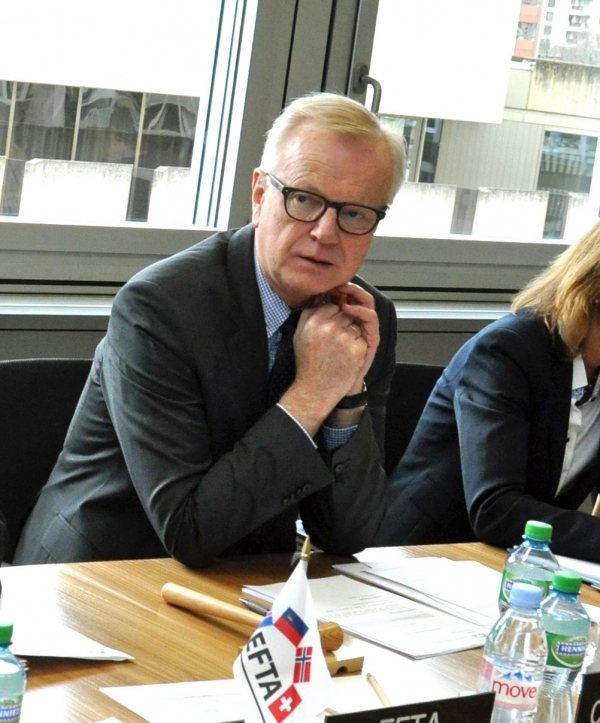 Council Meeting chaired by Mr Harald Neple, Ambassador and Permanent Representative to the WTO and EFTA in Geneva
On 21 March, at the second EFTA Council meeting in 2017 under the chairmanship of Norway, the Council discussed preparations for the upcoming EFTA Ministerial meeting in the Norwegian archipelago of Svalbard on 26 June 2017.

In Svalbard EFTA Ministers will discuss third country relations as well as relations with the European Union. Ministers will also meet with the EFTA Parliamentary and Consultative Committees. The meeting will be chaired by the Norwegian Minister of Trade and Industry, Monica Mæland.

The Council also discussed recent third country activities including with Turkey, the East African Community (EAC), Canada, MERCOSUR, Ecuador and Malaysia. Operating and action grants to support standardisation activities were also approved. Regarding EFTA-EU relations, the Secretary General gave an update on preparations for the EEA Council scheduled on 16 May in Brussels.

The next Council meeting is scheduled for 2 May 2017.