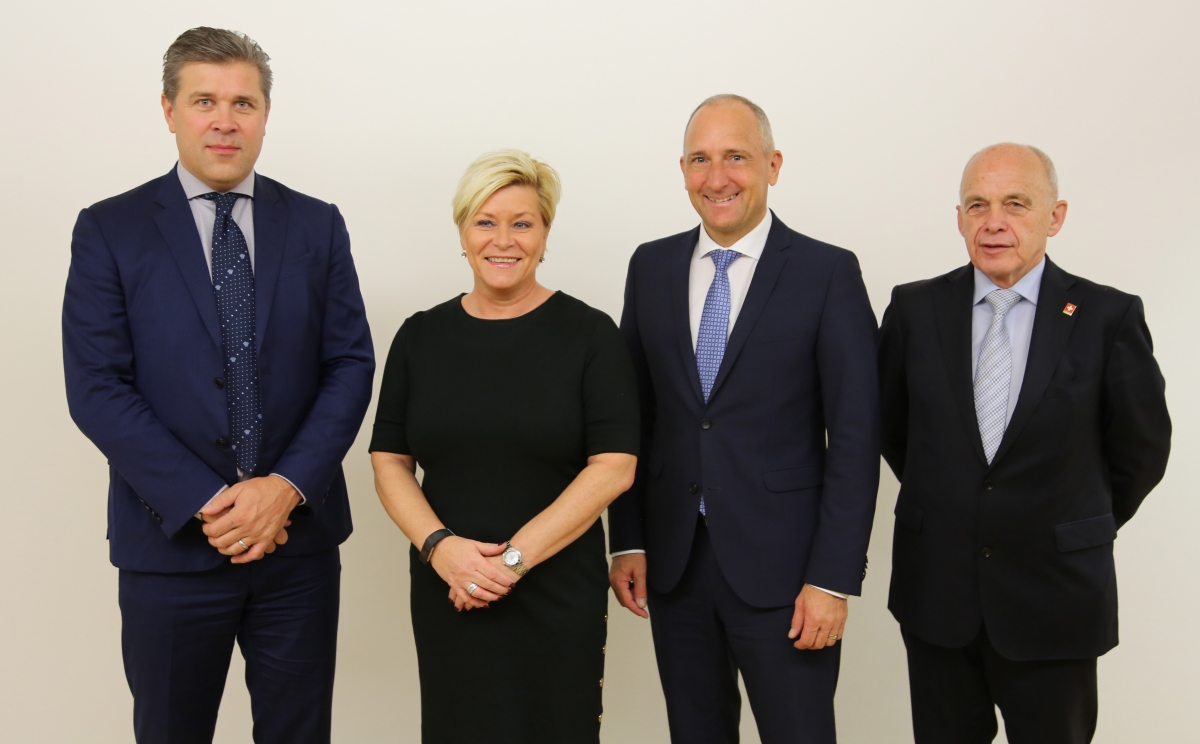 “Since our meeting last year, we have witnessed positive economic developments, with employment picking up and unemployment continuing to fall gradually. The labour market and consumer spending have remained strong at the beginning of 2018,” said Mr Adrian Hasler, Prime Minister and Finance Minister of Liechtenstein, who chaired the meeting on behalf of the EFTA States.

Apart from sharing views on the economic and political situation in Europe, the Ministers discussed supervision of financial markets and financial institutions, as well as Financial Technology and the European FinTech Action plan

“EU and EFTA countries share several important economic challenges. Globalisation and new technologies are changing the nature of work. Digitalisation and automation are seen as key influences on future labour markets. FinTech is expected to create a major impact in financial sectors by leveraging some of the latest innovations,” Minister Hasler said.

“The EFTA/EEA States support the European FinTech action plan: For a more competitive and innovative European financial sector. Furthermore, they would encourage taking a global approach considering the international developments in order to guarantee a level playing field.”

On the occasion of this annual meeting, the EFTA States issued a common paper titled ‘FinTech, opportunities and challenges for the financial sector and economic growth’.

“Growth in the European Economic Area (EEA) strengthened further in 2017. The EFTA States expect stable to strong economic growth looking forward, although the outlook remains heavily dependent on the international environment,” the paper concludes. Some current economic indicators in the EFTA States include:

Read the speech of Minister Hasler.

Ahead of the EFTA-ECOFIN meeting, the three Ministers of the EEA EFTA States also met with Valdis Dombrovskis, the EU Commission’s Vice-President for the Euro and Social Dialogue. The EFTA Ministers particularly raised two points, the current situation with regards to Brexit and the forthcoming incorporation of legal acts in the field of financial services. Both sides agreed on the importance of a swift incorporation into the EEA Agreement.

High-resolution photos from the meetings.